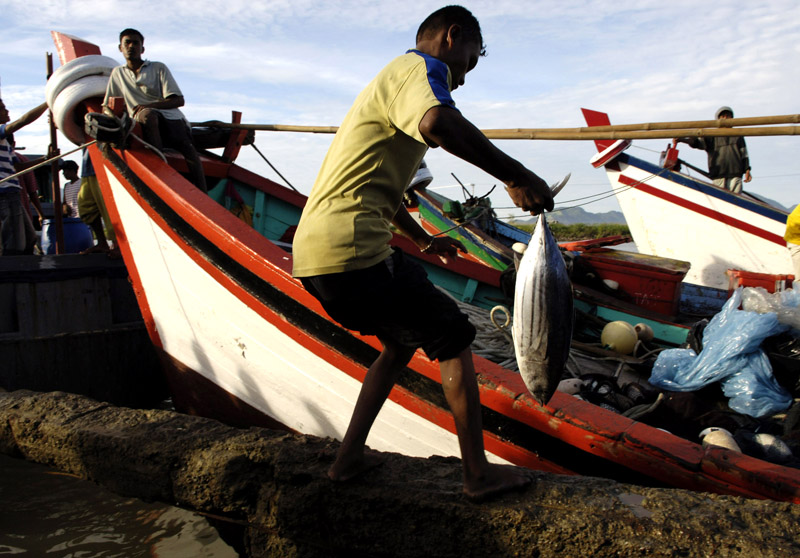 
A fisherman hops onto his boat with a tuna he will later cook for himself. Fishing boats dock in Lampulo daily to offload their catch to be distributed from the docks at Lampulo to markets throughout Banda Aceh, Indonesia.

Banda Aceh, Indonesia traditionally had a thriving fishing industry but many of the boats were lost in the December 24, 2004 tsunami. As recovery efforts got underway for the industy, some raised alarms that new boat building would enlarge the fleet beyond pre-tsunami levels creating the potential for overfishing.